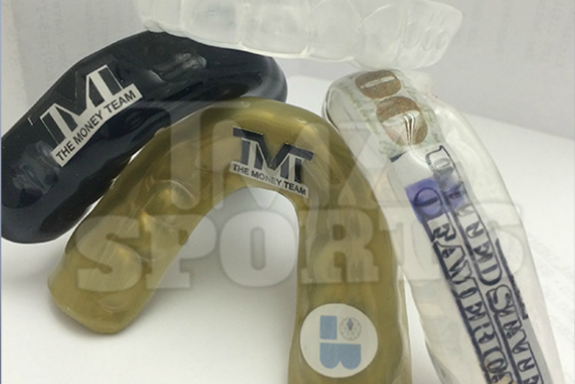 The recent boxing match between Floyd Mayweather and Manny Pacquiao reminds us of the importance of wearing mouthguards during contact sports. Mayweather is a stylish guy with millions of dollars worth of cars and the finest clothes. For his mouthguard, he chose Dr. Lee Gause as his dentist. Dr. Gause also makes the mouthguards for NBA professional Amar’e Stoudemire and NFL player Josh Gordon. Mayweather is a perfectionist, and for the “fight of the century” he commissioned the fabrication of 10 mouthguards for $25,000, including one with a $100 bill baked in and one with gold foil. Dr. Gause says “it’s about style but also sports psychology, which is a huge part of athletic performance. “