THE TRUTH ABOUT FLOSSING 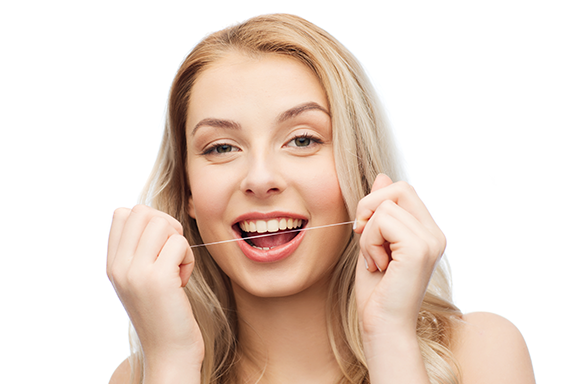 In the past several months there has been a lot of chatter about the benefits of flossing. An Associated Press report stated that flossing does not add any benefit over brushing. Many people are confused and skeptical about what is being reported. The main point from the Associated Press report is that since there is no randomized control trial (RCT) to prove the benefits of flossing, then we shouldn’t floss. RCT’s are the gold standard in scientific study. However, it’s unethical to enroll subjects in an exerpiment where half of the subjects are instructed not to floss- for potentially years.

The truth is that dentists every day see the benefits of flossing. In fact, when performing crown, bridge, and filling procedures, we almost always use floss to check contacts and clean under the gums. We do this because flossing works. Floss cleans debris and bacteria where a toothbrush can’t reach. There are other interdental cleaning tools on the market such as proxy brushes and wood picks. These work similarly as floss and can often be used in place of floss. An RCT isn’t necessary to prove the benefits of flossing because the benefits are obvious!

For the people who hate to floss and finally thought they could no longer feel guilty about not flossing, we’re sorry! We really love the WaterPik. It’s fun to use and a great flossing alternative.